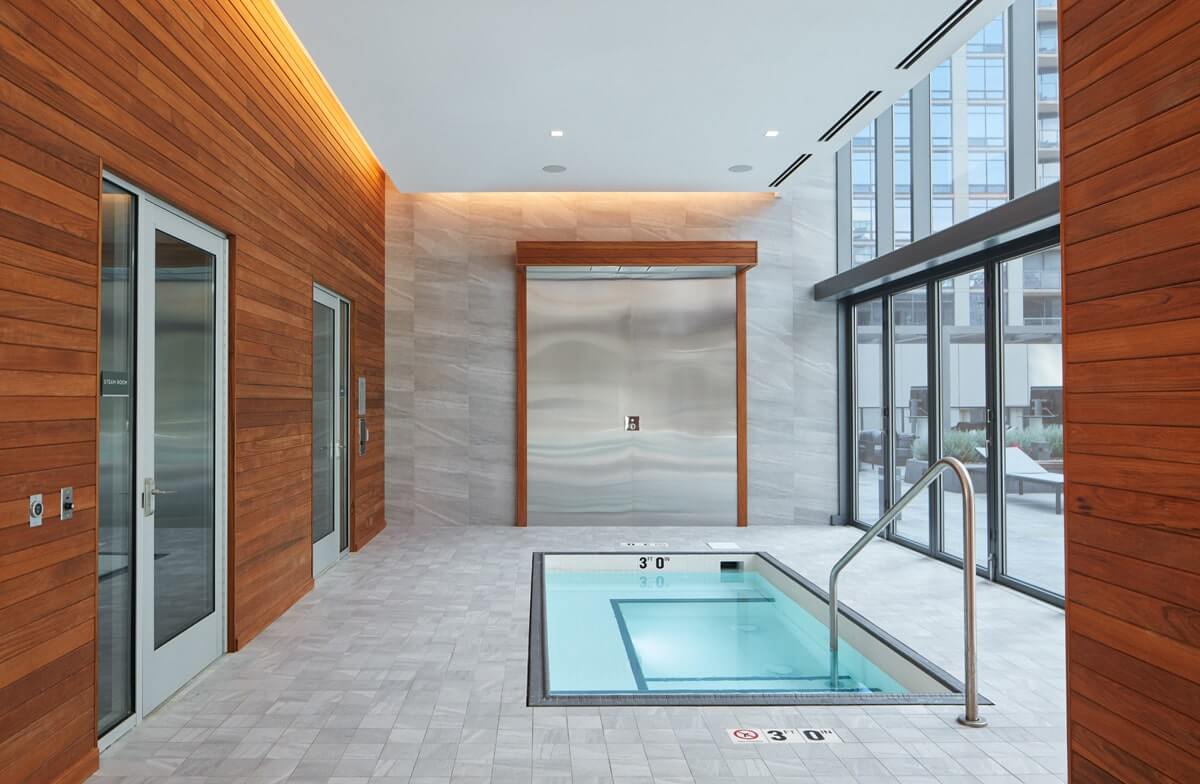 Turning up the heat

We all know that there’s something comforting about being warm, and that on a cold winter’s day there is nothing better than sitting in a hot tub as the rain, snow, and “wintry mix” fall down outside. But, did you now there are also some real benefits for performance and pain management that come when you crank up the temperature?

When you step into a hot tub or steam room, your core temperature increases and this triggers a number of responses that help with pain management. The heat can help stimulate blood flow, and relax muscles; both of which can help in relieving pain. So, if you find yourself suffering from a bad back or sore neck, take a trip to the hot tub before you take one to the pharmacy.

There are long term health benefits as well. A 2016 study published in the Journal of Physiology found that just eight weeks of repeated hot water immersion lowered blood pressure and caused arteries to become more flexible in healthy young adults. Finnish scientists studied a huge cohort of 1,600 men for 25 years and found that those who visited a sauna two or three times a week were 24% less likely to have hypertension compared with those who visited once a week or less. Those who visited four to seven times a week had a 46% reduction. Another Finnish study found a lower risk of death from dementia. Scientists hypothesize that this is because the heat allows small blood vessels in the brain to open, possibly stopping micro deterioration in the brain.

If you are more concerned with peak performance than injury prevention, fear not, there are gains to be made there as well. A quick exposure before exercise can help you warm up your muscles, which increases strength and decreases the risk of injury. Where saunas really help though, is in exposing your body to stress, the stress caused by heat, and the adaptions this causes. Just like training, heat exposure can be damaging in doses that are too large, but get it right and the heat stress proteins released when you hop in a really hot sauna can trigger some interesting responses. For one, acclimating yourself to heat through sauna use induces adaptations that reduce the strain caused by increases in body temperature during aerobic activity. Simply put, you get used to being hot and your body doesn’t panic as much. Saunas could also increase plasma volume and blood flow to the heart, which results in lower cardiovascular strain for a given workload. The nice thing about this is that it isn’t actually training, so you can get fitter even when your muscles are totally exhausted.

In fact, if you hop into a sauna after a workout you get a double win. The heat increases blood flow to skeletal muscles, helping with recovery. Additionally, you’ll get a heat-induced adaption in plasma volume and thermoregulatory control as well. A 30-minute sauna session two times a week for three weeks after a workout increased the time that it took for participants to run until exhaustion by 32% compared to baseline. That’s a pretty big fitness gain to make it into your swim shorts.

However, this doesn’t mean you should be spending hours in the sauna. Doctors advise that pregnant women, people with low blood pressure and heart conditions consult their physician before using a sauna, hot tub, or steam room. It’s also important to use heat responsibly, and never alone. Also, it goes without saying that when you’ve had a few drinks, you should stay away. But, if you don’t fall into these groups the heat could be a way to get healthier, happier, and fitter in your bath robe or bikini! Who doesn’t want that?